The History of Plumbing

The way plumbing is put together in the home today is far different from what it started out. Before high tech toilets and even before the flushing mechanism was introduced, earlier rudimentary plumbing was used. Learn about this to really appreciate how far we have come, and how much more manageable plumbing in our homes has become.

Prehistorically, wells were created right around 6500 BC these pit toilets and chamber pots were communal places to relieve oneself. Shadoofs and sakias were used to lift the water to ground level to help with the process.

Since that time, people have come up with methods to make it easier and more convenient to use water in this process. These were used to make the procedures more sanitary and easier for more people to use. It is believed that the Indians were the first ones to use indoor plumbing and the Greek civilization of Crete was the first that was recognized as using clay pipes for the water supply. This same basic structure remains the basis of how water is transported after bathroom use.

There continued to be changes made to the bathroom system, but it was during that this time that the waste produced in the bathroom was used for a functional purpose. It was especially popular in China at this time to use the waste produced as fertilizer since there was limited access to animal manure.  In European countries, there were jobs specifically designed to go to outhouses after hours and obtaining the waste for saltpeter, which was used in black powder for firearms. Although the water was being brought into these outhouses, there were not the same plumbing mechanisms used to carry the waste away from the outhouses. 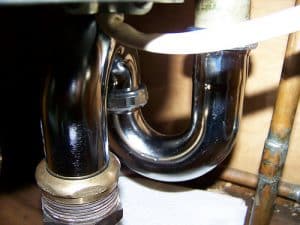 Since metal and PVC pipes began being used in place of clay and other materials, there have been many changes made. Today the most popular materials that are still in homes are copper and plastic, but before that lead piping was used from the end of the 1800s until the harmful effects were discovered. Just after World War II the dangers of water associated with lead became more well-known, dropping significantly the amount it was used.

Since it was first introduced, the plumbing systems we use today have greatly changed. If you are having any problems with your own plumbing contact us at Shamrock Plumbing. We can get your system back into the best shape, working properly for you for years to come.