Evolution of the Toilet

Since its earliest beginnings, the toilet has changed substantially. It has been around since ancient times, although the way it functioned, and the sanitary regulations were entirely different.

At the time, 2800 B.C. was known as the Age of Cleanliness, although looking back we may not see it as such. In certain parts of the world, this is when toilets and sewers were invented. They were built into the outer walls of certain houses, the earliest forms of outhouses. 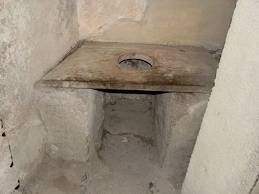 These early toilets had a base made from bricks, and a wooden seat. The chutes used as a means of plumbing took waste directly into street drains. Only those who were wealthy had access to these lavatories. These toilets were used for many years. Later, changes began in Europe to evolve into the means we have today.

Modern Europeans began further developing the chamber pots, which were used in Europe since ancient times. It was during the 16th century that the way the chamber pots were designed began to change.

Chamber pots began to be constructed from copper and china. These new products included elaborate decoration. This may have been the first move for toilets to be more than simply functional.

In the 1880s, the idea of indoor toilets equipped with a chain-pull system became popular. After that, flush toilets were quickly brought into being in the 1890s, installed into the homes of the wealthy and gradually moving towards the common people.

From this point toilets began to change faster, employing better sewage systems, and preventing the spread of disease. Today automatic flushing toilets have begun to fill the market, and may soon become incorporated into homes more frequently.

The evolution of the toilet has been a long process. With it has come the evolution of experienced plumbers, and better sanitary methods. Even though the function will remain stagnant, the toilet will continue to evolve. For any plumbing needs call Shamrock Plumbing at (801) 505-9505 or visit us online.